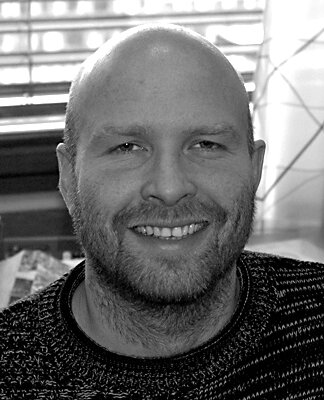 Helge Jordheim, born 1971, is a postdoctoral fellow at the University of Oslo, Norway, Department of Literature, Area Studies and European Languages.

His main area of research is German literature and intellectual history, from 1700 until today. He got his PhD at Oslo in spring 2006, defending a thesis on the German authors C. M. Wieland and Jean Paul. A reworked version of this thesis will appear from Max Niemeyer Verlag, Tübingen, in the fall 2007, entitled Der Staatsroman im Werk Wielands und Jean Pauls. However, he has also worked extensively on the theoretical and methodological implications of Begriffsgeschichte and especially on the work of Reinhart Koselleck.

His current project has the working title ”The quest for contemporaneity” and is trying to map out some of the implications of the experiences of contemporaneity and incontemporaneity in literary and political history, especially, but not solely in a German context. The topics of this project range from the ideas of a political ’now’ in late 18th century German political writings to the more contemporary issues of monuments and memory. His work is also characterized by an interest in investigating how some of the key ideas of conceptual history can be brought to bear on the interpretation of literary texts as well as on the writing of literary history in general.

Among his main publications are an introduction to the theories of language and history in Koselleck, Foucault and Skinner, published in Norwegian in 2001 with the title Lesningens vitensakp – utkast til en ny philology. This book has been translated into Swedish and Bulgarian. Recent publications are”Versuche zu einer Zeithermenutik der Moderne und der Postmoderne: die Gleichzeitigkeit des Ungleichzeitigen in Grass’ Im Krebsgang und Wolfs Leibhaftig”, in Ivar Sagmo (Hg.): Moderne, Postmoderne – und was noch?, 2007;and ”Conceptual history between chronos and kairos - the case of ’empire’”, forthcoming in Redescriptions.